A Dear ImGui based interface for BeamMP Servers running CobaltEssentials

Since its inception Cobalt Essentials has only been operated via in-game chat or later, via a Q3-compliant RCON client.

I set out to provide users of CE, especially server Owners, Admins, and Moderators, with an in-game interface to more conveniently use and expand upon the powerful functionality of CE.

This is an initial public beta release, and as such, there may be bugs. Find me in the CE or BeamMP Discords if you need help. 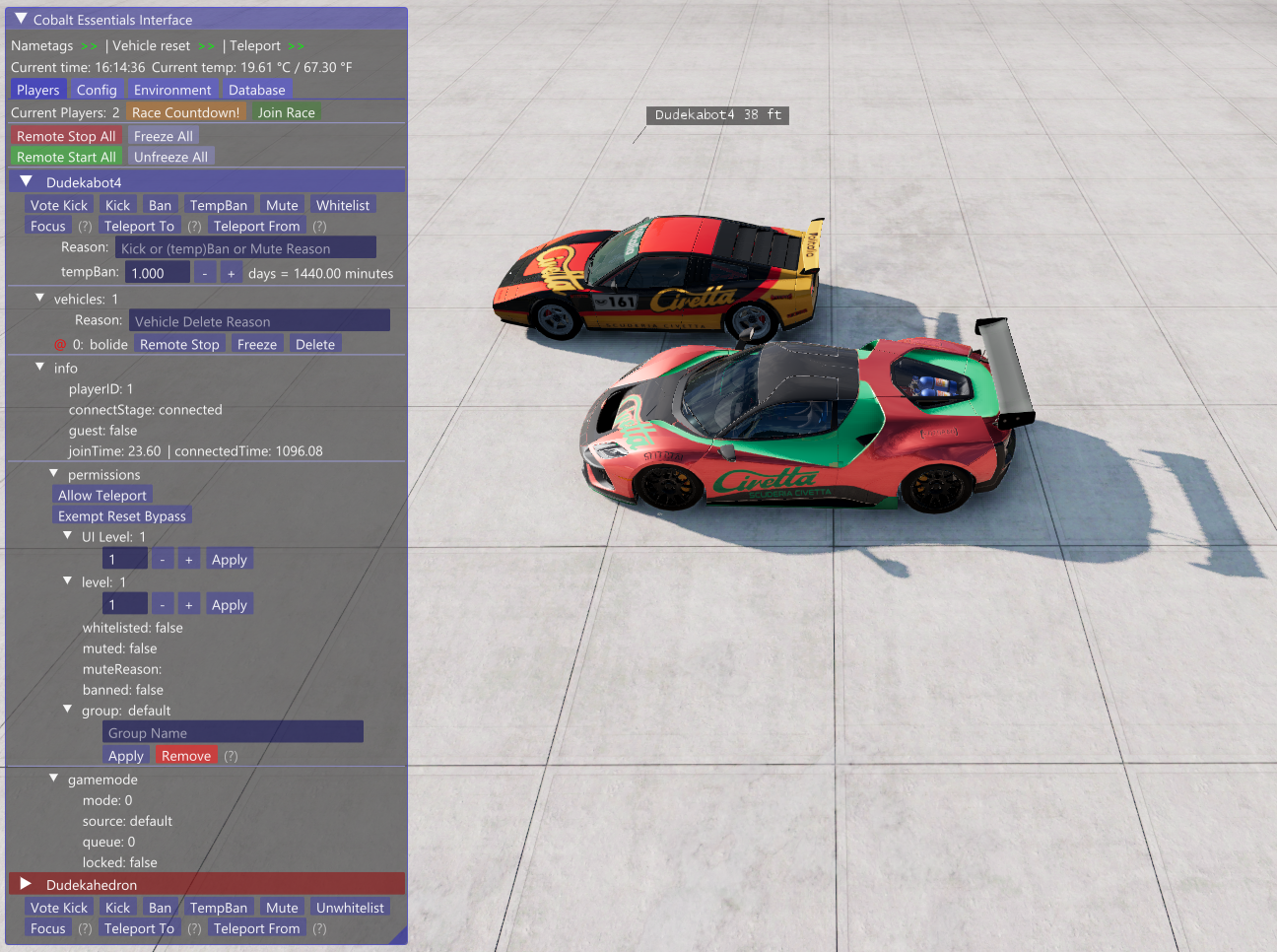 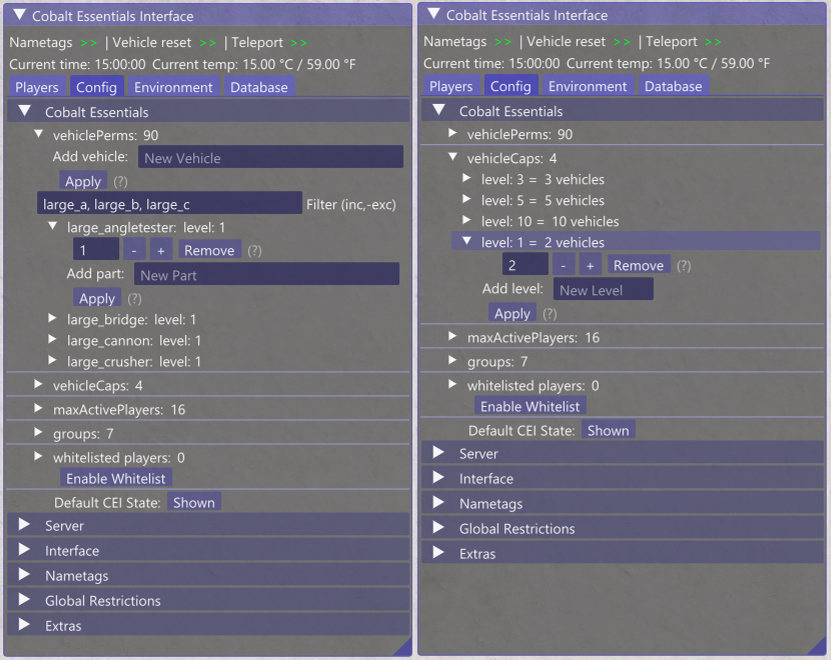 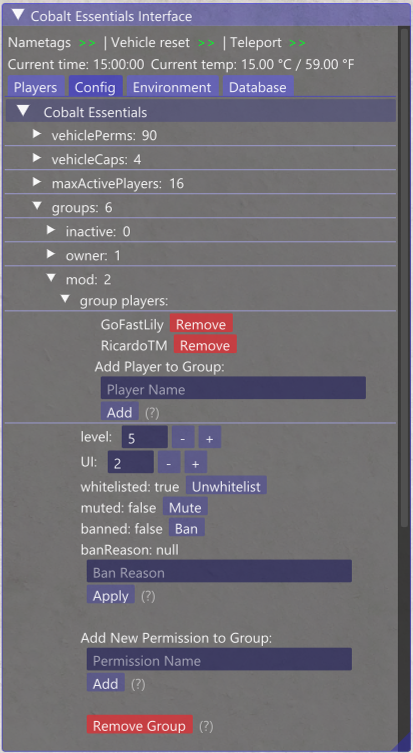 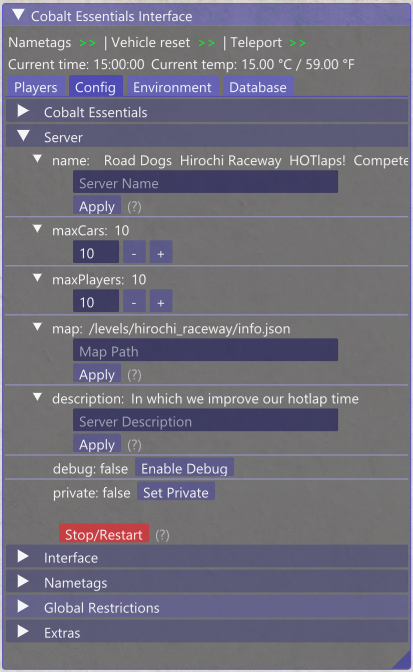 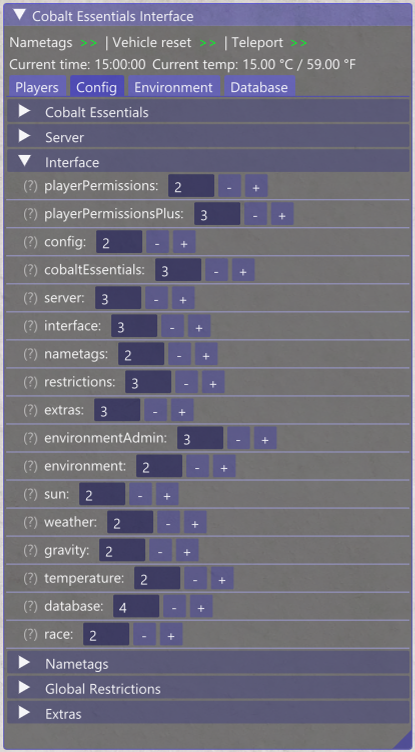 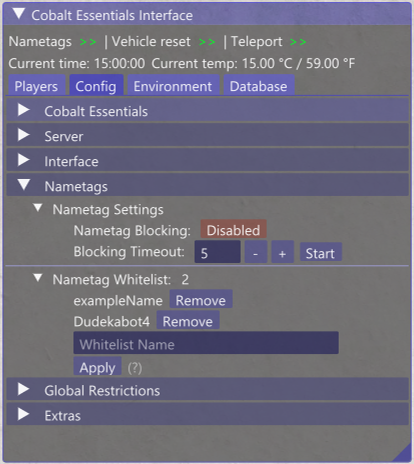 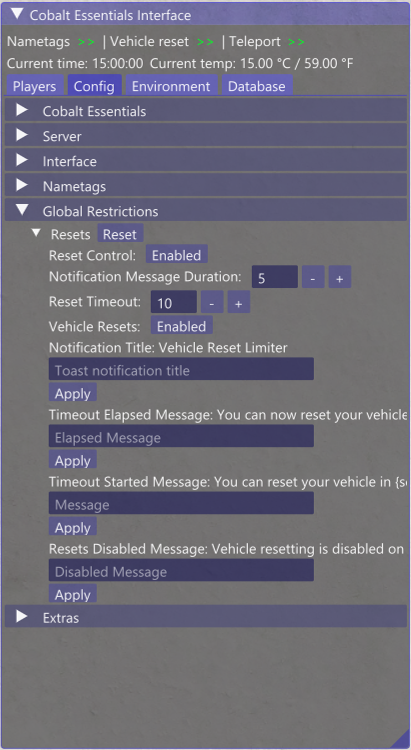 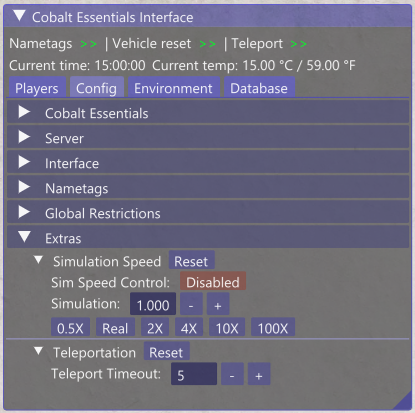 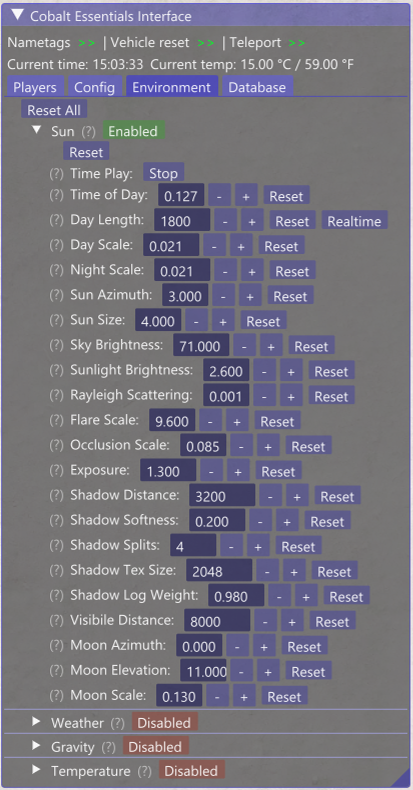 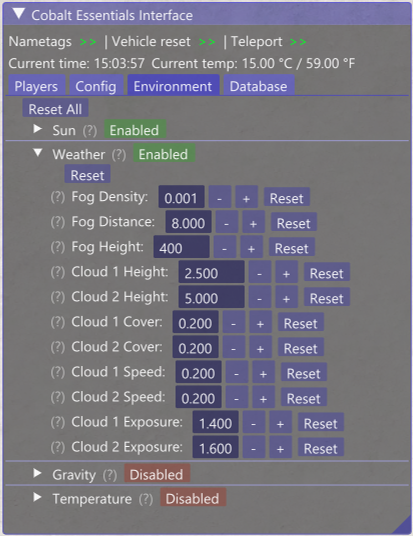 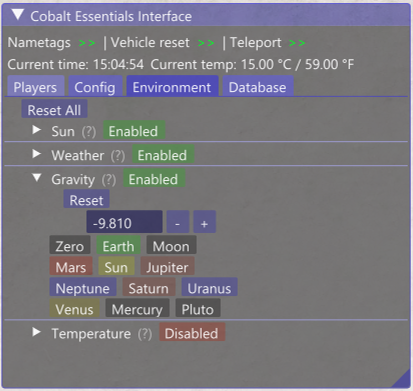 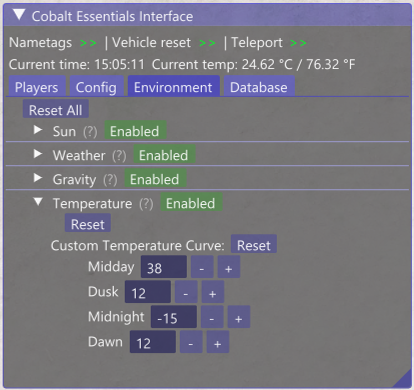 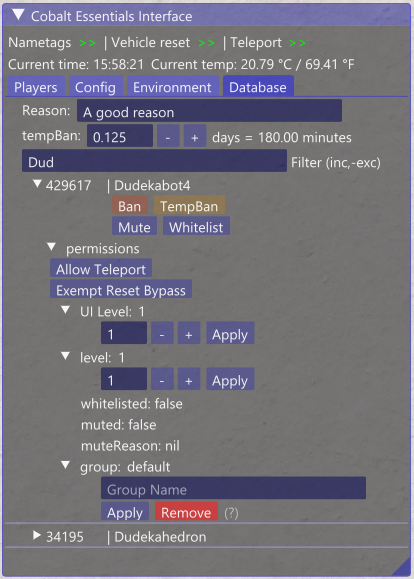 this just doesnt open i have tried everything

hello,
there is an error in the console saying “onTick: Resources\Server\CobaltEssentials-master\extensions/CEI.lua:557: bad argument #1 to ‘for iterator’ (table expected, got nil)”

Hello, please either start the server once without CEI installed, or, manually create the folder .../Resources/Server/CobaltEssentials/CobaltDB/playersDB/ then restart. 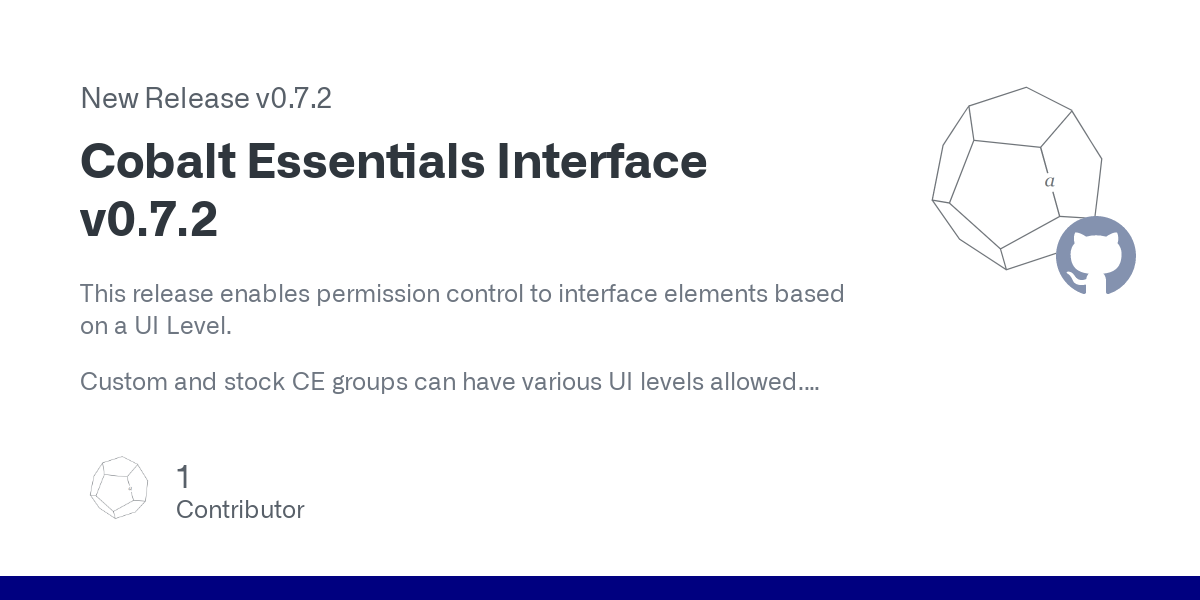 Set up interface element levels in Config>Interface, create a custom group, assign it a UI level, and then that group will only see the UI elements allowed by their UI level.

If you haven’t use CEI for a while, or are upgrading from 0.7, additional Environment options are available, as well as many other new features.

Planned updates include Hotkey toggling the interface, confirmation messages for reset buttons, a MoTD / rules type window, and environment save/load configs (pick your weather, save it, load it later!) 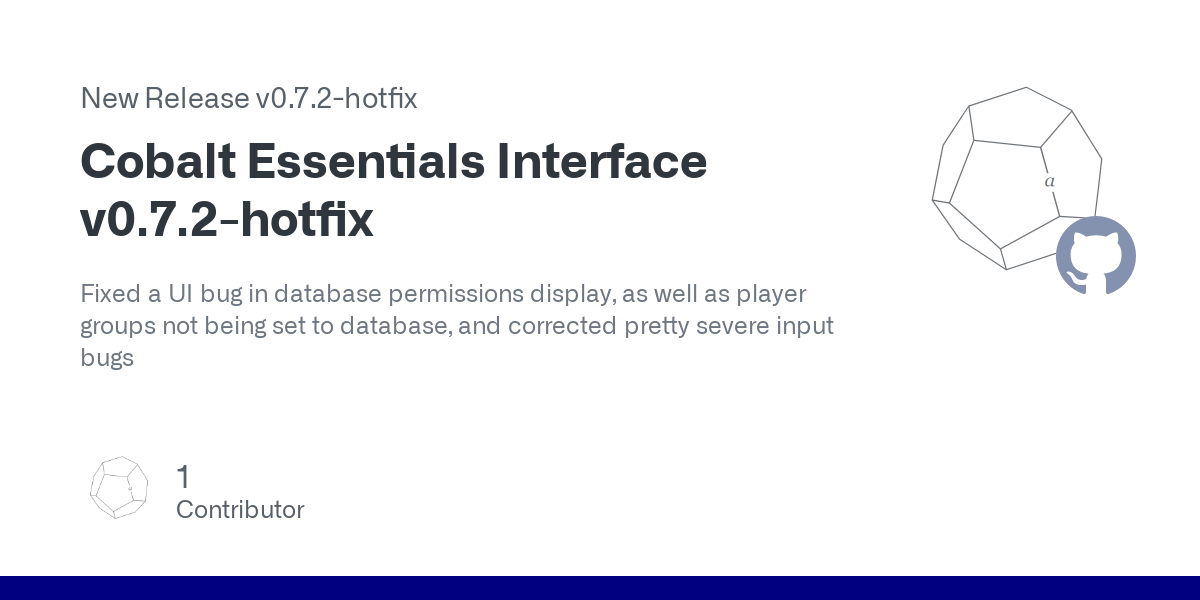 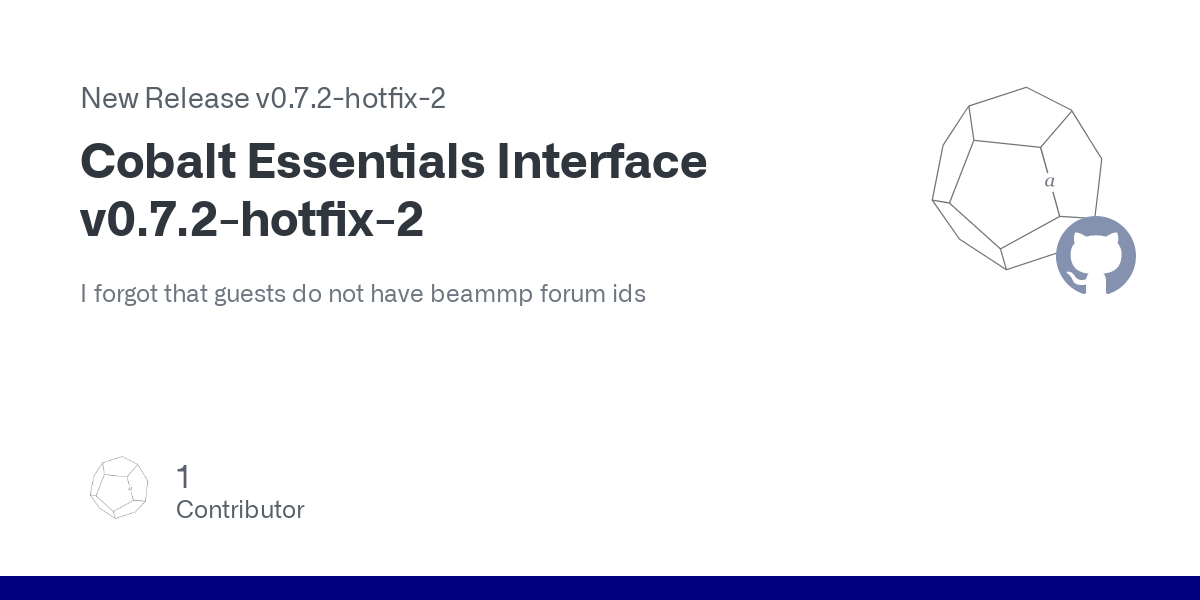 I forgot that guests do not have beammp forum ids

there is a problem with cei where it like flashes - dissapears and appears rapidly. Making it so i cant click anything or enter numbers or whatever

Use the latest version of CE from its Github: 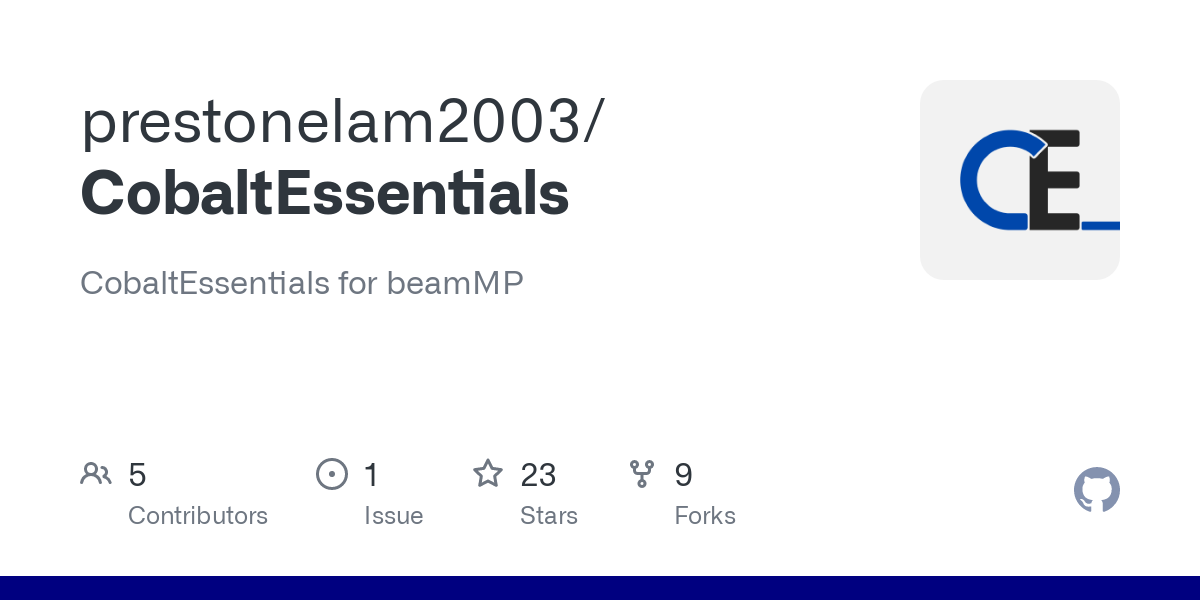 And the latest CEI too: 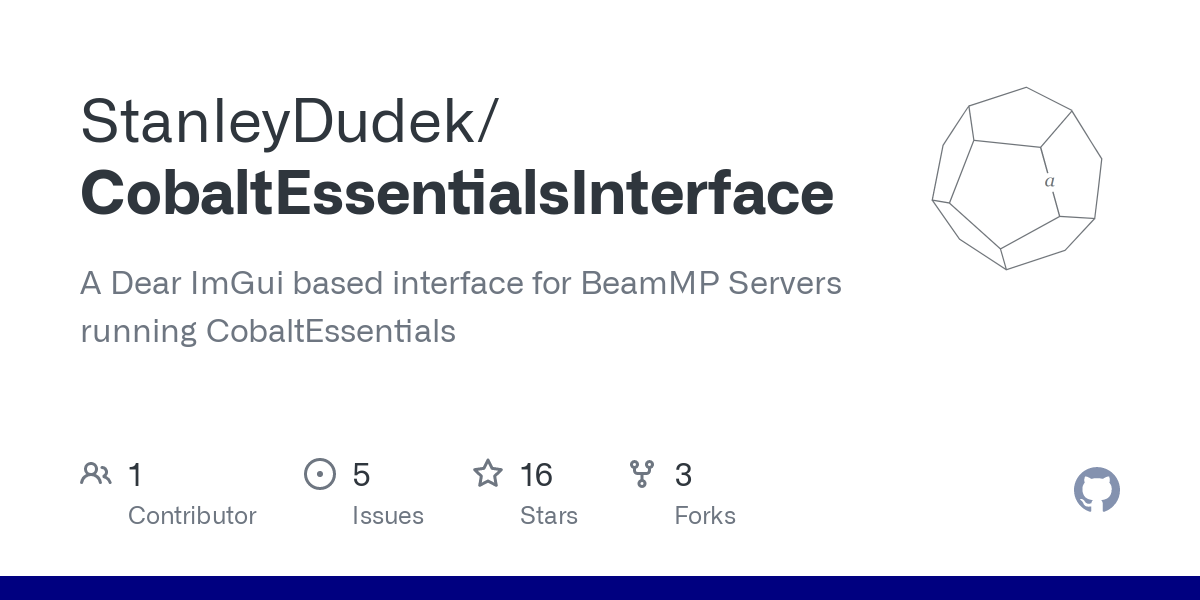